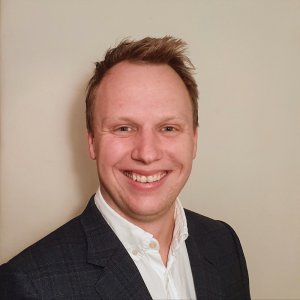 Mannheim students have been eagerly attending talks on love and economics from the Ringvorlesung, the Fachschaft VWL’s yearly lecture series. The Zoom talks have enlightened participants about online dating, translating emotions into equations, and changing home technology.

Today, we continue our interview series with the Ringvorlesung’s featured speakers.

Dr. Matthew Quaife spoke about how risk compensation can affect the impact of pre-exposure prophylaxis (PrEP) for female sex workers, from his study published in Health Economics.

He enjoyed his presentation, fielding “excellent questions which I hadn’t been asked before despite presenting this a number of times to a whole host of different audiences.” Some questions were more challenging than those from economics professors, he recounted.

“I was incredibly impressed by the organisation of Hannah & Enrico, and the whole thing was a real credit to the engagement and professionalism of your cohort.”

Dr. Quaife is an assistant professor at the London School of Hygiene and Tropical Medicine (LSHTM), where he earned his PhD in Health Economics. His work has ranged from experiments on soda taxes in Great Britain to cost-effectiveness studies of HIV and the effect of the pandemic in Africa.

On Twitter, he runs in a banana costume, critiques Britain’s national health service, and posts memes below analysis of the most up-to date Covid research.

We sat down to discuss his career, the pandemic’s effect on health research, and why you need to look past economics to be a great economist.

You can read the first installment of our Ringvorlesung series as well as part 1 and 2 of our interview with Dr. Gigi Foster on modelling love and the state of research today.

Like many students, Dr. Quaife’s academic career began with a more general focus. “I studied pure economics as my undergraduate degree and was desperate to go into the City of London and financial accountancy. I lasted one year and realised that the health and development economics that I had been taught was far more interesting than the work I was doing.”

His fascination with epidemiology grew after he discovered the quantitative methods that practitioners were using to analyze disease at the time. A Master’s in Public Health led to a PhD that linked health economics to the modeling of infectious disease.

The journey toward researching HIV began in his first development economics modules, where he “was really drawn by theories of structural vulnerability and understanding how systems and sets of incentives contribute in a whole host of many pathways to vulnerability.”

In the last decade, Dr. Quaife has observed an emphasis on structural vulnerabilities in reproductive health research, “things that stop in particular young girls from going to school regularly or having enough money to build a career.” These obstacles also increase health risk.

Dr. Quaife discovered a research group at LSHTM focusing on these issues and took the opportunity to join the innovative work.

Before venturing into academia, however, he held positions at companies like Enterprise and BAE Systems. He partially credits the “huge amount of technical, programming, and communication skills” that he gleaned from these roles for his current position.

“I actually think I wouldn’t be doing the job I do now if I hadn’t had earlier exposure to a range of different industries. Fundamentally, lots of things come down to spreadsheets and working with datasets – the column names change but how you analyse those data does not.”

Life in the Field

Dr. Quaife’s experiments have taken place in locales as close as the UK and as far as Ugandan fishing villages. He admits that the required travel has been much less glamorous than he expected: “very hard work but… incredibly rewarding.”

“In the last few years I’ve worked with teams of economists and modellers based in different settings,” he tells me. “It’s incredibly exciting to see the next generation of these researchers coming through based in low and middle income settings, and I think there is long overdue power shift occurring in global health research as research capacity increases.”

Health research has also allowed him to interact with vulnerable groups around the world. “I think the majority of academic researchers are in a position of extreme privilege. We have good jobs and housing and are protected from challenges facing many.”

At our core, he says, people make optimized decisions with their given information, experiences, and biases. “I think the more we can do to show that people are sometimes bad at making decisions or even irrational, but that everybody is fundamentally the same, can be a really powerful use of economics.” Therefore, researchers must “leave our prejudices at the door and work out how we can help vulnerable groups.”

This is especially important with diseases as stigmatized as HIV. Dr. Quaife points out that “stigma is a huge barrier to people getting an HIV test, and to starting treatment once they test positive. There’s a good argument that stigma is probably the biggest barrier facing HIV prevention and treatment programmes.”

While Dr. Quaife has focused on deadly diseases with high mortality, he has also looked at health concerns in developed countries. He sees no reason to minimize the importance of research into more common ailments.

“My partner has a nut allergy and I would argue that that is also a very high stakes thing in my life! I’d encourage any researcher particularly at the start of their career to go really broad in the topic areas that they think about and read about, often the least sexy research gives you the tools or contacts that is critical for the very sexy study you want to conduct.”

I wondered if health research could be overwhelming as studies attempt to tackle long-running illnesses with tragic consequences. On the contrary, Dr. Quaife is most often happy and motivated in his work.

“Of course, that can be frustrating or dispiriting, but those moments are very infrequent. Compared to the other jobs I’ve done, there are more moments of sheer joy and focus in a week in my current job, than in a year of working in other roles. I’m lucky because I found a niche early and it fitted my skill set – I’d encourage others to first prioritise work that gets their heart racing, and find the thing that seems so obvious to you that you can’t believe someone else hasn’t explored it.”

Naturally, the health economics world has responded to the pandemic with constantly updating studies and publications.

“All of the old barriers seem to have fallen away when it comes to Covid research whether that be ethical approvals or Journal submission or how quickly people review your papers.” Dr. Quaife is unsure whether the “deluge of academic literature” has led to these papers being read, especially by the intended audience.

The effect has extended to non-Covid work as well. “One of my other projects is looking at a TB vaccine which has been over 100 years in development, and it is fascinating to see how barriers in vaccine development and introduction have been removed and I think it’s a really exciting time as we explore how the technology and regulatory environments change because of COVID to benefit other diseases.”

Dr. Quaife’s views on government responses are similarly evolving with the course of the pandemic.

“I think you’ll get different answers depending on who you ask and when you ask them,” he says. “I think all governments were faced with a set of impossible decisions early in the epidemic, and I think we still don’t know how big the unmeasured effects of lockdowns are. But I also know that we were extremely close in the UK to running out of ventilators and oxygen, and if you were optimising on a health system capacity decision, then the UK was within a few days of that capacity.”

International comparisons are equally prone to new developments. “Germany was the gold standard for testing early in the epidemic, perhaps the UK is now doing better at vaccination. For me it’s not so interesting that Germany or the UK are ahead or behind on different measures, but simply how varied a public health response you need from testing to treatment to vaccination to quarantine and isolation, and how hard it is to get all those things right.”

Dr. Quaife sees a bright future for his field “I think we’ve seen in the last year that infectious disease models may be with us for a long time to come. What I find fascinating is that the frontier these models have just started to build in feedback effects, so for example that people change their behaviour in response to threat of a disease, and change behaviour more as prevalence increases, perhaps at varying elasticities.” This opens doors for overturning the standard assumption of full rationality in economics.

For students interested in health economics, he suggests searching outside the box. “The best thing I did as an economist was to look at subjects outside of economics. You will very quickly get up to speed on a particular topic or methodology, but the really interesting and exciting work is how to combine that methodology with things in other areas. For me that was infectious disease modelling and Epidemiology, for others I know it’s qualitative research, community engagement, mathematical optimization, or Policy Research.”

“It seems silly to say that the best way to be an economist is to read things from non-economists, but that is the best thing to keep your mind stretched and fresh!” 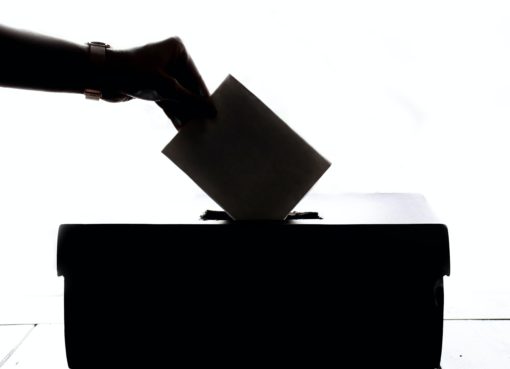 Western Democracy at the Precipice: A Panel Discussion with the DAZ 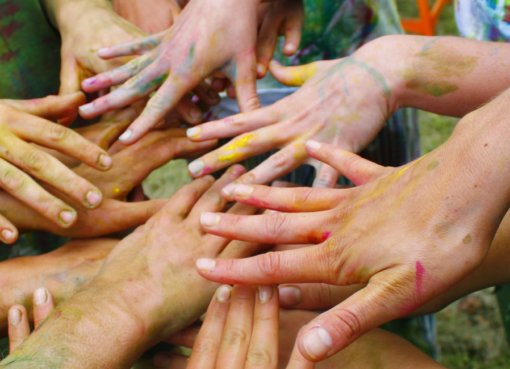 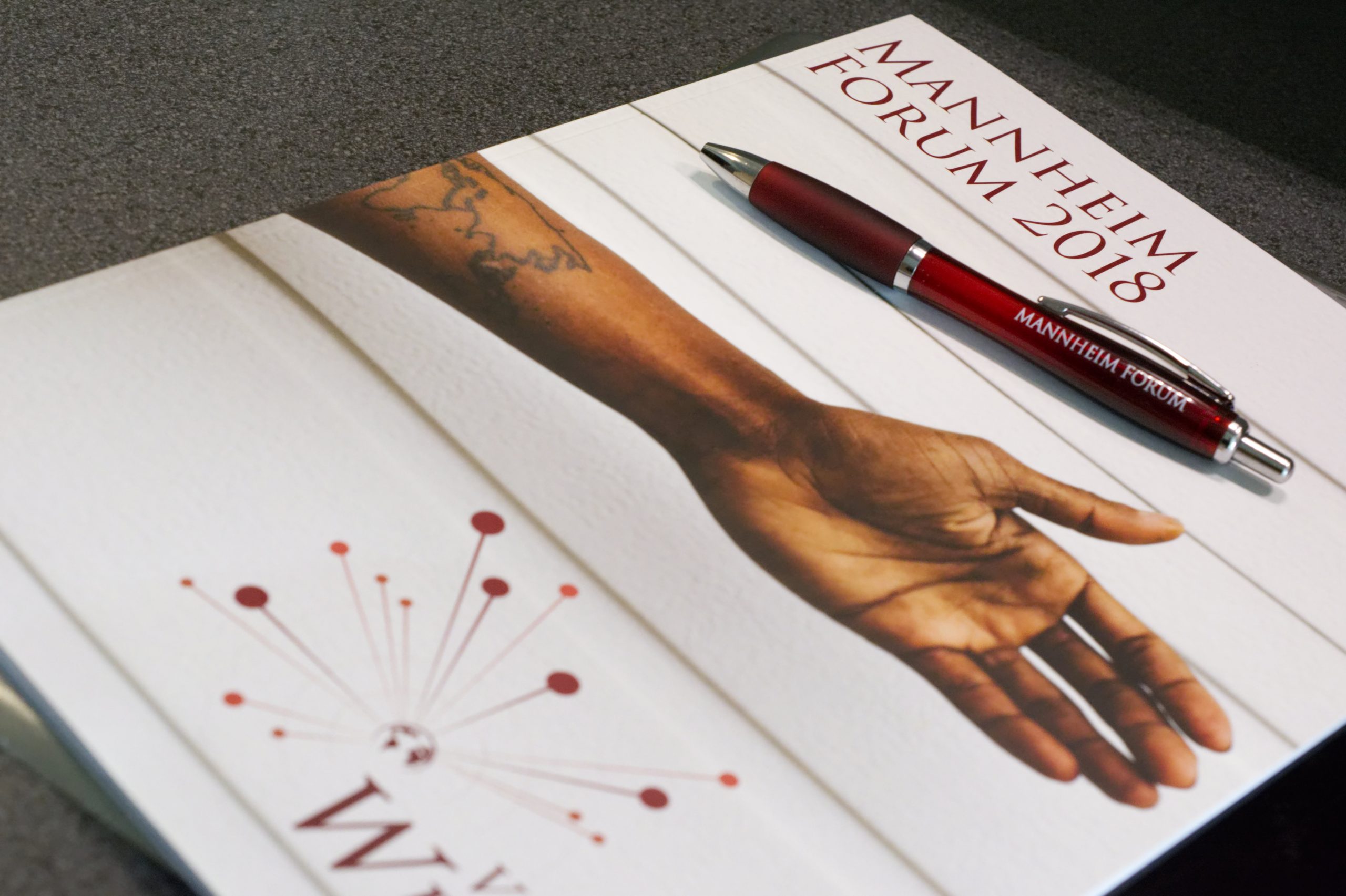