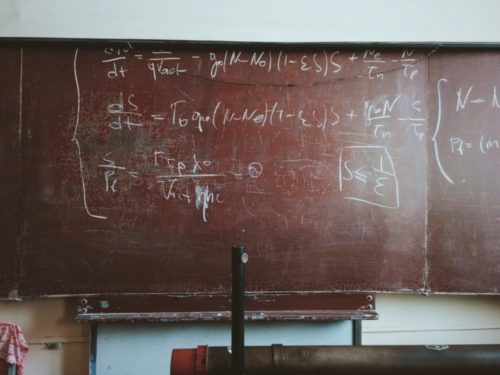 Many readers may be surprised by the course offerings available to economics students in Mannheim. In addition to the expected classes covering finance, calculus, and programming, students at the economics faculty can learn about the economics of arts and culture, world history, and family planning.

Perhaps the confusion stems from the fact that “VWL” (Economics) and “BWL” (business) have similar initialisms and seem generally interchangeable to those unfamiliar with the field. Alternatively, economics is lumped in with the math and coldness of business calculations.

One initiative trying to share the breadth of economics is the Ringvorlesung, a speaker series hosted by the Fachschaft VWL student association. This semester, the topic is Economics, Love and Sexuality.

I spoke to two of the Ringvorlesung’s organizers, Hannah Rosenbaum and Enrico Heiss. Hannah is from Münster in North Rhine-Westphalia and studies in the economics bachelor’s program. She joined the Fachschaft last summer after becoming friends with the current chairwoman of the group. She says, “the Fachschaft is like a big family. Older students help younger students and vice versa.” Though she admits that the myriad of committees and events entail hard work and effort, she loves the social gatherings like the running dinner or the beer pong tournament.

She also appreciates the diversity of the group, including politically left- and right-leaning students, which she says is not as common in other university initiatives. “In many initiatives, people meet because of a very specific interest. In the Fachschaft VWL, we all study economics and that’s what we have in common. But beyond our major, we have rather diverse interests and views, which I find very enriching.”

Enrico, a second semester student whose hometown is only 70 km from Mannheim, is also in the economics bachelor’s program. He joined the Fachschaft after moving to Mannheim to begin his studies, though he’s only experienced online learning. He states that he quickly became accustomed to digital lectures. “Nowadays it’s normal for me to connect via Zoom or email or things. Sometimes, it’s refreshing to also talk to people and not just listen.”

The Ringvorlesung, according to Enrico, is a “series of lectures meant to give students broader insight into the subject of economics.” He stressed that most students are exposed to a strict curriculum in their studies, but that economics as a science is much broader. “The guest lecture series means to show that, especially to younger students still in their bachelor’s.” He adds that master’s students are also welcome to join, although Hannah and Enrico have both noticed a dearth of graduate-level engagement.

The lecture series focuses on Economics, Love, and Sexuality, a topic that won by a hair. “That was my idea,” says Hannah. “At first I was inspired by Freakonomics,” she says, referring to the über-successful book by  Steven D. Levitt and Stephen J. Dubner. Freakonomics helped to popularize economics for the masses and has since spawned several sequels, a long-running podcast, and related shows. Hannah was developing that idea, with alternating lectures focusing on topics such as crime, when she found a paper by Dr. Gigi Foster of the UNSW Sydney Business School.

The paper, published in the Journal of Economic Behavior, focused on the economics of love. “Especially during the pandemic, people can’t get enough of love, and after all– sex sells,” Hannah joked. Series topics for the Ringvorlesung are chosen by vote within the Fachschaft VWL, and love faced steep competition despite its sex appeal.

The winning topic only accrued 1 or 2 votes more than the other topic suggested, experimental economics. Hannah attributes the split to the “question of ‘okay, but what does that have to do with economics?”

“I had to explain that decisions based on feelings and desires, such as love and sexuality, are very important for economics, for example for labor economics, and that there is renowned research on this.” The rarity of the topic also won over voters, she postulates.

Hannah was also drawn to the insight economists might have into love, a topic usually broached by psychology or sociology. “During lecture series, I find it funny how economists think, ‘What is love? How does it work?’ What economists do is show big pages of formulas and graphs. Maybe some disciplines don’t get why we do that.”

In this case, the pandemic helped organize a more diverse lecture series. Hannah told me, “In economics, it is rather difficult to find people in Germany who do research on [love].  We knew the lecture series would be online due to Covid19. Normally, it would be hard to fly Gigi Foster into Germany.” Past talks had been in German, but some topics like the digital economy have been presented in English due to international speakers.

The online format allowed the series to invite distant lecturers. According to Hannah, “That’s a big advantage. Without the pandemic, it would probably have taken years for someone to come up with the idea of video lectures. For us, it’s quite cool and opens the door to new opportunities.”

Enrico concurred: “It’s easier to attend from home, wherever you are. The talks are much easier to access now than when students had to make space for it, when the talks took place in a lecture hall at the university.”

The morning lecture, delivered by Dr. Foster to over sixty student viewers, swiftly skimmed the technical aspects of her model while focusing mainly on the model-generating process and research experience. As a tenured professor, Foster stressed the freedom she enjoyed in slowly building her research ideas into models and papers.

Her approach centers on meticulously discussing the model basics before delving into the math. Dr. Foster described debates with her co-authors concerning what factors decide and strengthen love and loyalty as well as what type of relations are formed. Several students asked Dr. Foster about her findings and how she applies them in her own life. The bASTa student newspaper’s next article on this series will focus on Dr. Foster, her work, and her background.

Enrico especially appreciated this insight into research and publication, from brainstorming to choosing a title. “You can always read the paper and get the details mainly by yourself. It’s very interesting when the person or researcher who wrote the paper and did the research talks about the intention behind it.” He also participated in the question session after the talk. “I asked her how her research changed the way she looked at her own relationships.”

Hannah agreed, stating that Dr. Foster offered “a bridge” to her other work and to the topic as a whole. “The knowledge that utility max models from basic and intermediate micro are not that satisfying is crucial. The way Gigi Foster expanded these models was very interesting,” Hannah said. “I enjoyed that very much because I really miss that in our core studies. I wish our classes were more like that and less ‘work vs. leisure.’ It’s very valuable for bachelor’s students to see how we can advance our simple models to make them more realistic, even to include love and loyalty.”

She would enjoy a program that not only teaches the conventional basics, but also addresses a wide range of more compelling, “juicy” applied topics right from the start. She feels such a change would prevent some students from losing interest in economics in the first semester, as she saw among “quite a few friends.”

The lecture series continues on Wednesday, March 24 with Professor Matthew Quaife, who will be discussing “Sex, risk, and preferences: Using stated preference data to model behavior in HIV prevention.” Hannah highlighted that it is a “quite awesome and unique” opportunity that “students should really attend.”

The topic is also personal for her, as her mother worked as a consultant on HIV prevention in Eastern Europe. “I grew up with the topic,” she says. “So I’m excited to get an economic perspective on this.” She thinks the student population in general will connect with the upcoming talks. “We wanted topics to be quite different from each other. The first is love, then sex and HIV and the PrEP pill, then homosexuality and its impact on the labor market. We will talk about changing families and online dating. These are quite different topics so there should be something for everyone.”

In her own life, Hannah sees the popularity of these ideas. „At our age, finding a love partner or even just a sex partner plays a huge role. Online dating has revolutionized many things here. Also, it’s a big issue on social media that young people want a more diverse and inclusive society. There are just so many reports and interviews about what it is like to be different from the norm and how norms change, especially in terms of love and sexuality. It’s very interesting to get an economic perspective on such topics.“

Enrico anticipates the rest of the series as well, which will connect to Dr. Foster’s work. He said, “Gigi Foster’s lecture was something like an overview of the topic as a whole. The next lectures will be on more specific topics like the PrEP pill, but also online dating and dating markets.”

An interview with Dr. Foster is coming soon to the bASTa. The list of upcoming lectures in the Ringvorlesung can be found on the Fachschaft VWL website. 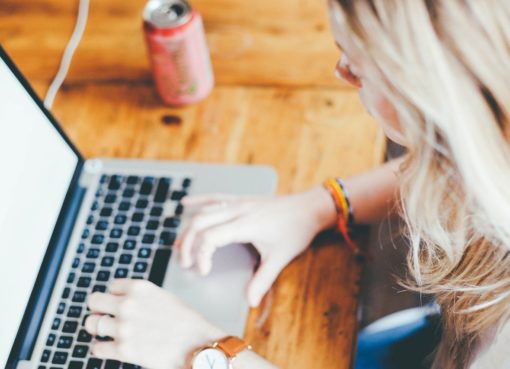 An Ocean Away, A World Apart: International Students at Universität Mannheim

by Maya Moritz A sense of isolation has been a running theme in this pandemic, especially for students. First-year students may struggle to establish friend groups with the ease afforded to earlier
Read More 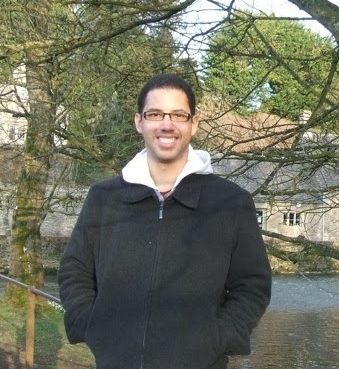 by Maya Moritz In part 1 of our interview with Dr. Cezar Santos, the venerated Bank of Portugal Research Economist and Associate Professor of Economics at the Brazilian School of Economics and Fin
Read More 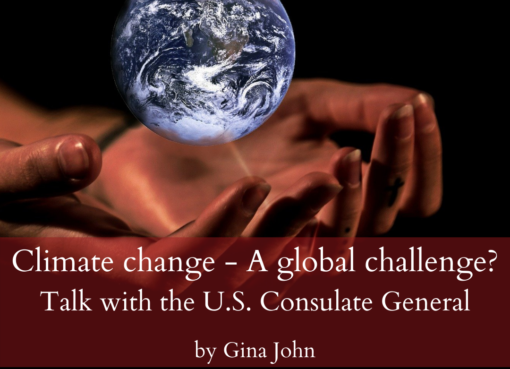 On the 4th of November 2020, the USA left the Paris climate agreement. They entered again on the 20th of January 2021, the first day in office for Joe Biden. In the past four years it has been quite
Read More