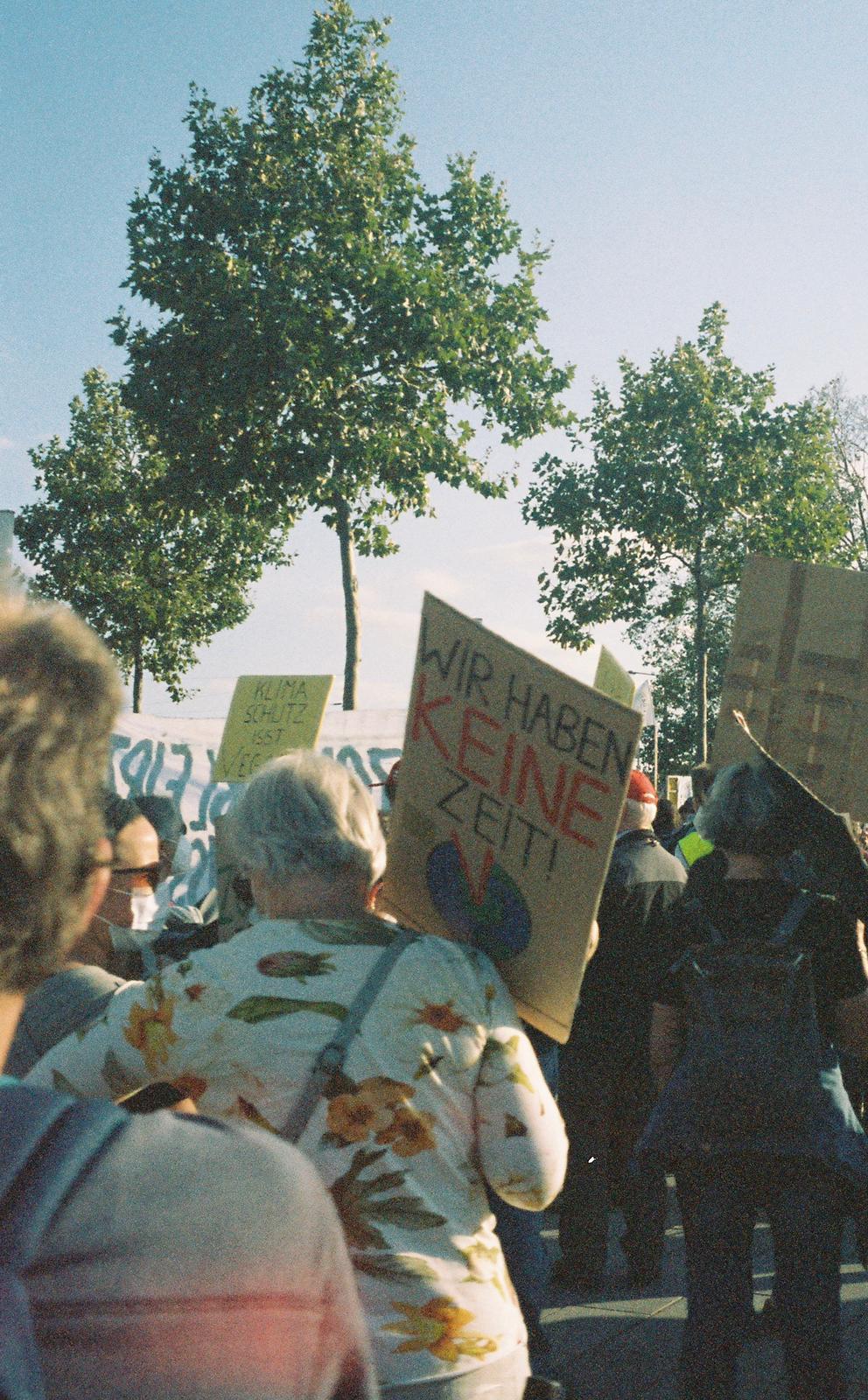 „Consider again that dot. That’s here. That’s home. That’s us. On it everyone you love, everyone you know, everyone you ever heard of, every human being who ever was, lived out their lives. The aggregate of our joy and suffering, thousands of confident religions, ideologies, and economic doctrines…every hunter and forager, every hero and coward, every creator and destroyer of civilization, every king and peasant (…) inventor and explorer, every teacher of morals, every corrupt politician, every „superstar,“ every „supreme leader,“ every saint and sinner in the history of our species lived there–on a mote of dust suspended in a sunbeam.“

(Carl Sagan, A Pale Blue Dot)  (I highly recommend listening to him reading this part from his book by clicking here)

These are the words through which the astrophysicist Carl Sagan describes the Earth, the only home we have ever known, while analyzing the frames taken by the Voyager 1 spacecraft in 1990.  A lonely pale blue dot, suspended in the vastness of the Universe.  To me, this is one of the most eye-opening descriptions of our planet. Viewed like this, from billions of kilometers away, the Earth is depicted both in its insignificance to the cosmic stage and in its singularity. And viewed like this, from billions of kilometers away, we become the arrogant monsters, who create their own destruction, thinking we are ‚too‘ significant and treating our planet as if there were another one which could replace it.

We are in the middle of an ecological crisis.  We are using Earth’s resources in extremes. We are destroying nature. We are endangering our own lives. And why is that so? Because we are wrongfully led solely by our own self-interest which does not aim further than the short term. We long for rapid self-fulfillment and enrichment. And we know not to stop, because we always want more. Selfishness has formed a ’symbiosis‘ with our ignorance and their strong cooperation has, thus, created the environmental issues that now threaten our existence.

While economic and political systems have enabled societies to thrive, they have also provided the necessary conditions for this symbiosis to form and develop over time. For it to cease existing, a fundamental change is needed regarding our core systems.  In the age of Brexit and global mistrust, consumerism and desire for possession, both the politics and the economy seem to fail to deliver an effective response to climate change. However, the good news is that they can be redesigned to match with new values. After all, the economic and political systems have been created by the human mind alone, they are not laws of nature, and can, therefore, be rethought.

Activist and journalist Naomi Klein provides a perfect roadmap for the transition to a just and sustainable society in her collection of thought provoking essays: On Fire, The Burning Case for a Green New Deal (2019). The book is complex and gives voice to very different groups of people, from scientists to students to indigenous communities. It also addresses the looming climate crisis in its entirety, analyzing our relationship with the Earth from an economic, psychological, social, artistic and religious perspective.  Most importantly, it proposes solutions on how we can rethink our flawed system.

She provides strong evidence on how the climate crisis is linked to exploitation, white supremacy, male dominance and rising inequality. Redesigning our societies will not only solve the climate crisis but also the other underlying injustices, she argues. How can we do that? She proposes six main ideas:

Tackling the climate crisis requires smart and extensive investment for the common good. Shifting to renewable energy sources, making our transportation system sustainable and affordable and helping people who work in carbon intensive production find new jobs requires collective action and financing. We have to open the debate and redefine our financial budget and constraints. This means taking up more debt on a national level in accordance to the Modern Monetary Theory. The costs that will incur in the future if we do not do anything are incomparable to the costs we would bare now.

I myself come from a country that was under communist rule and the word planning does indeed make me think of the terrible lives people had there shortly before I was born. However, Naomi Klein pleads for a different type of planning. Planning on national and international level how each community can mitigate and adapt to the effects of the climate crisis. Planning how people who lose their jobs can find better one, planning so that this transition will not harm anybody. This means indeed more centralization, but is this bad, given the fact that climate change is after all a collective problem? Collective problems require collective solutions.

3. More regulations for the private sector

The corporations sector led by the desire for more profit needs to be rethought. Through incentives like subsidies for sustainable and carbon free production or higher tax on carbon we can influence the way in which the private sector works.

We live in an interconnected, globalized world. Free trade is our religion. It enables us to choose from a great variety of products for a low price. Nevertheless, is the price correctly measured?  If shifting production to a place where one can exploit the local labor supply and pollute without consequences means free trade, then maybe we designed it wrongly. Naomi Klein suggests rethinking the guidelines of our trading system and importing products only if their production requires more CO2 if produced at home than elsewhere.

Klein questions the compatibility of good climate policy with economic development. Tackling the climate crisis requires, in her view, less consumption from the world’s richest 20%. Moreover, through efficient planning, societies should support sectors that are not obsessed with yearly profits and have a minimal carbon footprint.

5. More taxes for the rich

To finance the transition to a fairer are more just economy she argues for higher taxes on CO2 emissions and financial speculations. Carbon intensive industries are subsidized in the USA alone with 20 billion dollars. Instead they should be held accountable for destroying the Earth and invest their profits in renewable energy and in cleaning up the mess they have left behind.

In her view, the solution lies more in us rethinking our political and economic systems and less in innovative technologies. In some of her essays, she expresses real concerns regarding geoengineering. The risks are just too high for us to play with the climate like that. Current models predict that introducing sulfur into the stratosphere in the U.S could lead to droughts in Asia and Africa. By experimenting even more we could enter into an extremely dangerous playfield where the privileged manipulate the climate at the expense of the less privileged.

On fire: The burning case for a green new deal is a rather short collection of her most important essays on various topics. Should you want to dive into her ideas more then I highly recommend This Changes Everything: Capitalism vs. Climate, written in 2014. The book is a fine critique of capitalism. There are a lot of ideas which you will find in both of the aforementioned books, but the latter one goes into more detail and has more facts and numbers.

We have to stop thinking short term and develop strategies on the long run. We have to raise our voices, using our minds not only to criticize what is wrong, but also to come up with solutions. We have to realize that action is needed now, because when time is relative, we still have time turns into we still had time, leaving us struck in awe by its irreversibility, wondering why we did not do anything to prevent our own destruction.

“Our economic system and our planetary system are now at war. Or, more accurately, our economy is at war with many forms of life on earth, including human life. What the climate needs to avoid collapse is a contraction in humanity’s use of resources; what our economic model demands to avoid collapse is unfettered expansion. Only one of these sets of rules can be changed, and it’s not the laws of nature.”

(Naomi Klein, This Changes Everything) 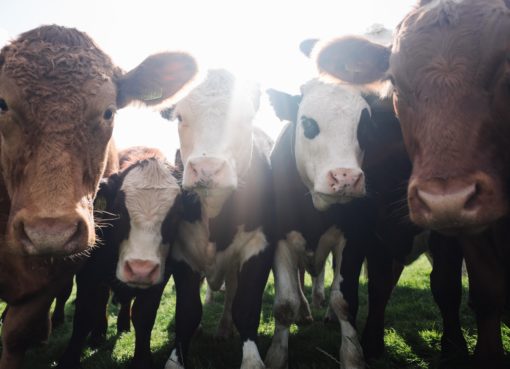 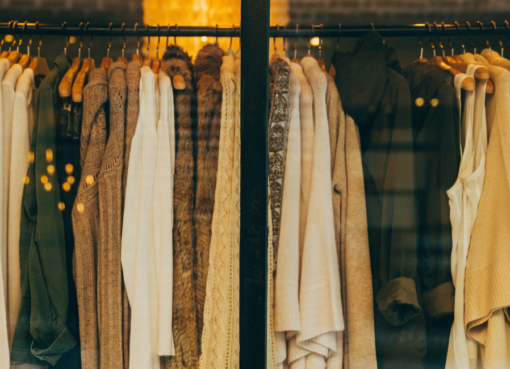 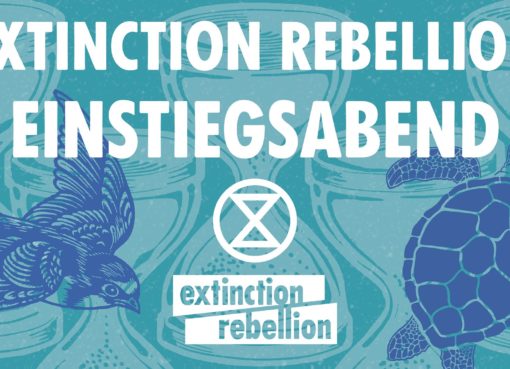 by Maya Moritz If you want variety in your activism, look no further than Extinction Rebellion, referred to as XR. The Mannheim chapter’s social media exhibits activists in a makeshift tree, prote
Read More