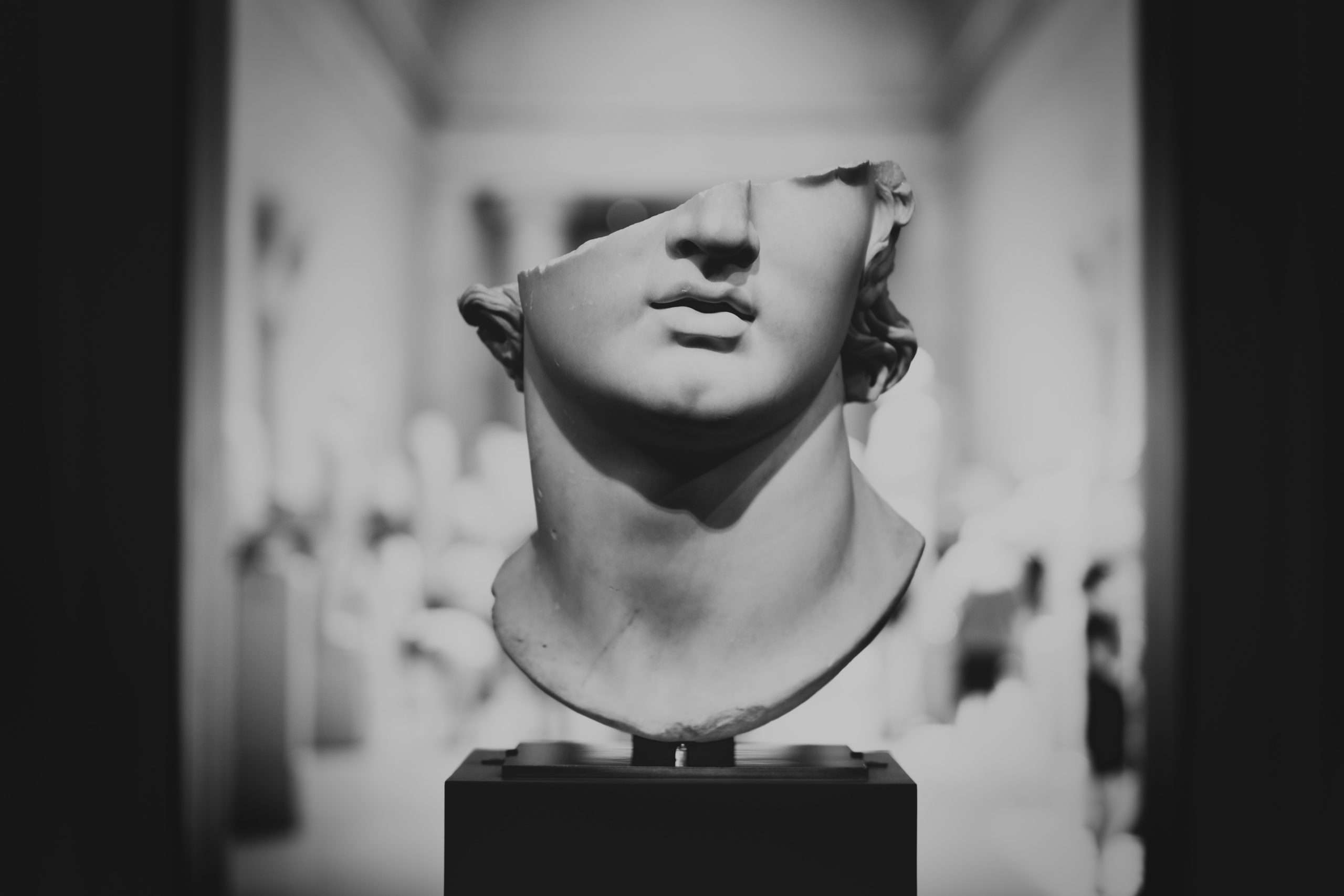 Imagine you are entering a museum. You are slowly approaching a painting. A portrait. What do you think of when you look at it? Do you think of its painter? Of its technique? Of how the colors blend into each other? Do you think of the person depicted? Of their life before and after the moment captured in the portrait? What does the painting tell you…and what does it hide?

You walk into another room and stare at a wooden object. Its shape is alien to your reality, yet similar to something you know. You read the sign carefully placed next to the object: Unknown maker, shield, Gweagal land, New South Wales, mid-18th century. You now know that the object is a wooden shield. You may even hear, from the audio-guide you are carrying with you, a narrative about the intelligence of humans and their ability to make tools. And then … then you are invited to go to another room. You might think that is all there is to say about this particular object. Except – something important is missing.  You do not know how the object got to the museum you are now visiting. You do not know the Whole Picture.

Written by Alice Procter in 2020, The Whole Picture is a book about the colonial story behind art pieces in our museums. Structured in four parts, it talks about the narratives that are presented in museums and those that are not, about repatriation and restitution and about the social dimension of art. The author also analyzes concrete examples – from artworks from the colonial period to some incredible contemporary art projects. It is a complex book about art viewed from a historical, social, political and ethical dimension.

“No object is in a museum by accident. Someone has chosen every item on display. Someone is directing you around the space, shaping your interpretation and dictating what you may look at and how”

Bothered by the one-dimensional stories told in museums, Alice Procter started giving unauthorized Uncomfortable Art Tours around museums in London in 2017. In her tours, she talks about the role of colonialism behind art collections one might find in British museums. Her book, The Whole Picture, takes readers on a similar tour, highlighting some fascinating examples that would normally be overlooked on a museum visit – like the shield described at the beginning of this article.

In the second part of the book, in which Procter talks about the role of museums as “classrooms”, she tells the story of the wooden shield, which is displayed in the British Museum. It was used by one of the two soldiers who tried to protect Indigenous lands when Cook arrived in Australia in 1770. Thus, the shield could have sparked a discussion about the violence of white colonizers against Aboriginal people and about their resistance to imperialism, yet it remains hidden somewhere behind a glass cabinet, argues Procter.

When she discussed various paintings, I found her insights into the art piece: The East Offering its Riches to Britannia (1778 – Roma Spiridione) particularly interesting. The painting portrays a white woman inspecting jewelry offered to her by a dark-skinned woman kneeling at her feet. An allegory for Britain and India that was painted for the House of the East India Company in times of mistrust in this institution.  Founded in 1600, the East India Company was the only British entity permitted to trade with India and other parts of South Asia in the name of the Crown. It soon got involved politically, being even allowed to fight British wars if considered necessary. From the early 18th century to the 19th century, the company acted as an agent for British imperialism in India. The painting was created for the East India House after accusations of corruption and exploitation in order to restore people’s confidence in this institution.  What shocked me is that this painting is still on display there today. Not in the East India House, for the institution no longer exists, but in the Foreign, Commonwealth and Development Office in London.

Procter criticizes the rigid environment often found in museums and the role visitors play. They are guided through galleries, are not allowed to touch objects and have to admire them from a safe distance. They are invited to reflect on the past, but not too much in order not to disturb the general order. In the fourth part of the book, she presents some modern social art projects that aim to create a new environment where visitors are not passive but collectively involved in the process of creation and reflection.

One such project is called The Artist is Present, and was performed by Marina Abramović at the Museum of Modern Art (MoMA) in 2010. Marina Abramović is a Serbian performance artist whose projects have been very controversial. They often put the audience in uncomfortable and somewhat disturbing situations, forcing them to think and to feel. For her project, The Artist is present, she sat for three months at a table in a brightly lit environment. Visitors could sit opposite of her, experiencing her presence. Without the exchange of any words, over 1000 people participated and experienced intense emotions. The project broke down the boundaries between viewer, artist and art, as they all became one.  It also captured the power of silence in human interactions, something that is so rare in our hectic daily lives.

By bringing such examples to our book tour, Procter illustrates alternatives to the classic museum environment we are used to. She advocates for a more diverse representation in these institutions and for more opportunities for critical discussion. She also talks about our role as visitors, urging us to always think about who has chosen the object that is being displayed and why, what story is being told to us and what is missing.

Museums are spaces that will never be free from violence, as it lies deeply in the origins of their collections, she argues. What can be changed, however, is the way these institutions and visitors relate to the artworks and objects on display. We can do this by presenting or asking for the whole picture.

“past events exist, after all, only in memory, which is a form of imagination. The event is real now, but once it’s then, its continuing reality is entirely up to us, dependent on our energy and honesty”

Ursula K. Le Guin, as quoted in The Whole Picture by Alice Procter 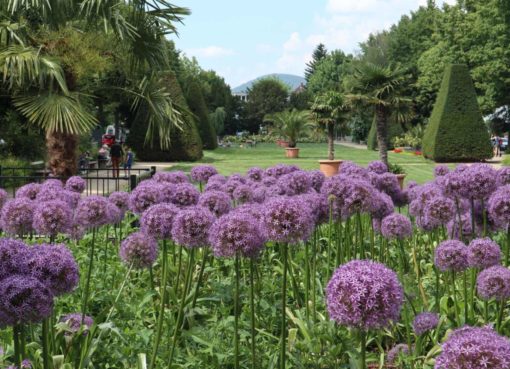 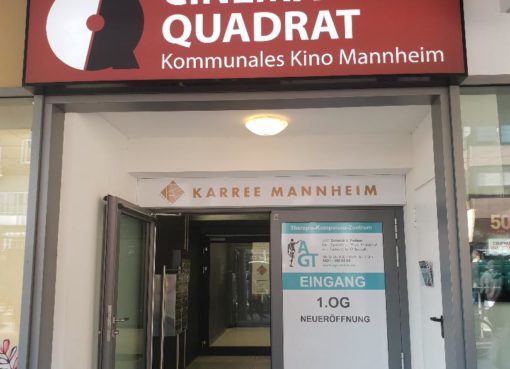 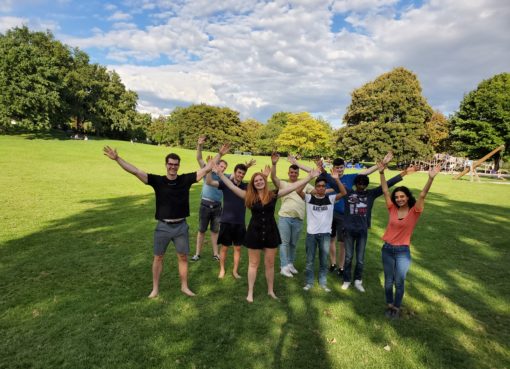