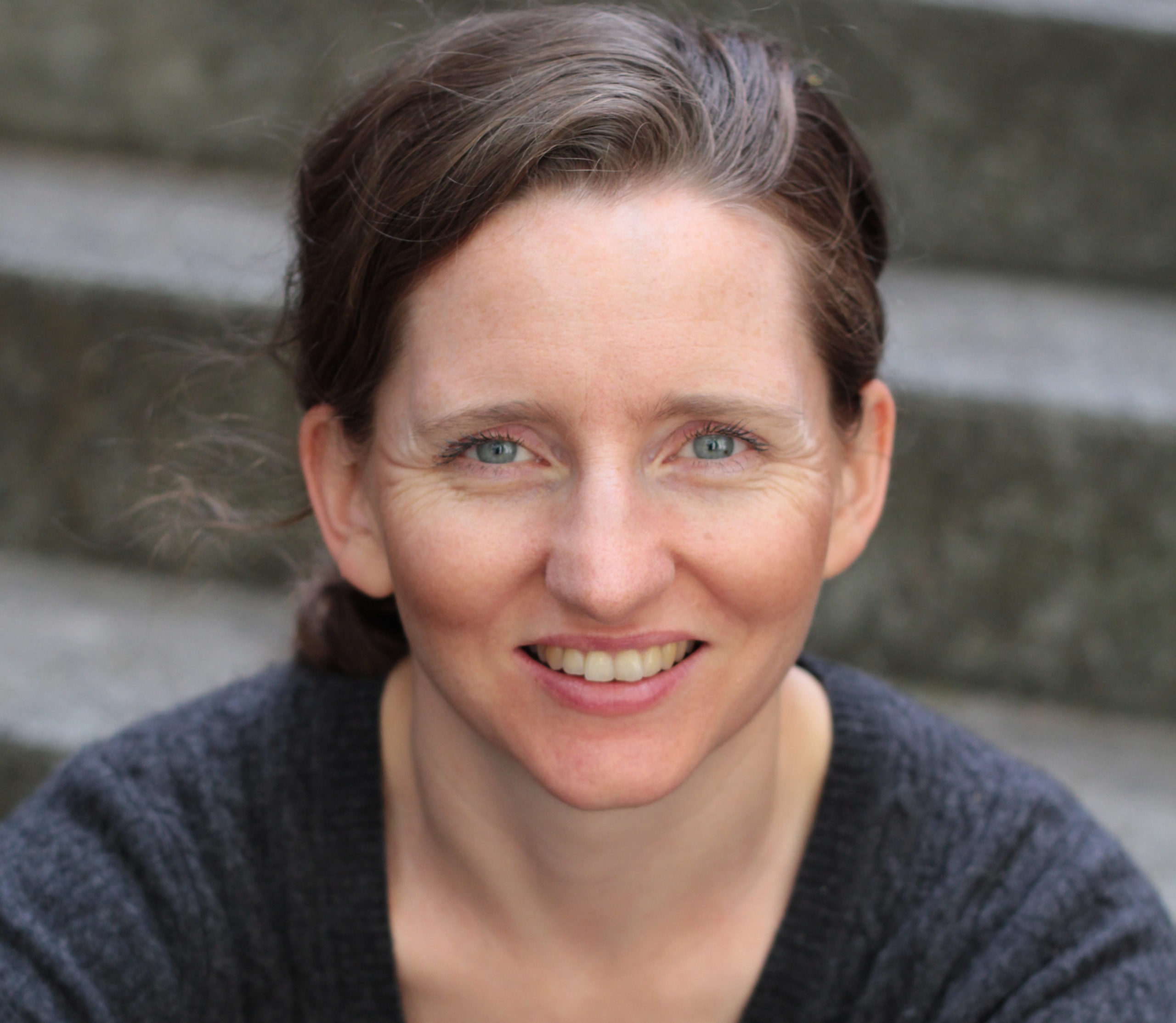 In the third entry in our series on the Ringvorlesung speakers hosted by the Fachschaft VWL, we continue our talk with Dr. Gigi Foster. Dr. Foster is a Professor at the School of Economics in the University of New South Wales, Australia, and the co-author with Paul Frijters of the 2013 book An Economic Theory of Greed, Love, Groups, and Networks.

Outside the academic sphere, Dr. Foster’s criticism of Australia’s pandemic response has led to widespread news coverage and spirited debates on social media. Commentators range from supportive to infuriated, with some questioning whether the furore is linked to Dr. Foster’s gender or to a general misunderstanding or politicization of the policy suggestions made by economists.

Dr. Foster describes that experience with humour and nuance, relating it to a public misconception about economics as a discipline and its application to public policy recommendation.

What are the policy implications of your work and your findings? What still needs to be tested and understood?

Democratic governments today generally fumble their way through the “loyalty” side of things, understanding much better the patterns of operation of laws, punishments, material incentives, and other aspects of institutions that economists regularly advise them upon.  Policy-making would benefit hugely from an understanding of the dynamics of group loyalty, which would point to things the government can do that help build up loyalty to the country (for example) and thereby create higher internal incentives for people to do things like vote, pay their taxes, and refrain from littering.

There is so much we do not fully understand.  Examples include the distribution in populations of the duration of perceived power (and hence the required degree or frequency of boosts to the nation’s perceived power, in order to maintain a feeling of loyalty to the nation); how to write a country’s history such that its citizens feel strong loyalty to the nation; or the ways governments might intervene in the “group loyalty” space to support the strength of interpersonal ties and the local community fabric, in order to fight mental illness and family breakdown.

What do you think will be the implications of the pandemic for love within your model and in the general context?

As noted above, the ingredients and processes of human love do not change for pandemics or anything else.  What I’ve seen in the pandemic is the great importance of power and loyalty, and a massive worldwide demonstration of humans’ religiosity:  their willingness, and even eagerness, to sacrifice valuable things in the hope of obtaining a good result from an uncertain process outside of their control.  In this case, sacrificing our economies and our futures through imposing blanket lockdowns on the altar of “slowing/stopping/controlling Covid” – which had no logic behind it, and has increasingly been found to have been ineffective – was basically a religious response.

Your 60 Minutes Australia interview caused a significant controversy online. What was that experience like and did you feel people misunderstood your point?

The thing that most struck me about the experience was that I spent about an hour with the film crew and ended up getting about five minutes of total airtime.  Much of the best stuff I said ended up on the cutting room floor, which I thought was a pity.  Nonetheless, I really enjoyed the interview and the whole experience.

After the appearance I received a flood of emails, some of which were negative and some of which were glowing.  All up, across my various media appearances where I’ve discussed Covid policy, the responses I’ve received via email have been more than 80% positive.  Some of them have honestly made me tear up, they are so glowing.  The negative ones have generally been short, sharp, name-calling affairs that you have to laugh at more than anything.  I do aim to engage by responding directly to every negative email, politely, with as much information as I feel is needed to clarify what I feel they have misunderstood.

For me, one of the worst things has been to be misunderstood as someone who advocates for a “death cult” or who is a “granny killer”.  My motivation has always been to advise on the right policies for maximising human welfare and minimising harm, in aggregate.  To have that motivation so badly misunderstood has been very frustrating.  It’s particularly frustrating when my own economist colleagues put me into such boxes, publicly (e.g., on Twitter, where apparently I have been formally defamed, according to my friends who are on Twitter (I’m not, thank goodness!)).

Do you think the reaction was related to a general misunderstanding of economics, which many people believe is just a study of money with no regard for ethics?

Partly, perhaps.  I certainly think that many people do not understand that the orientation of economics is toward accepting the realities of human nature and then advising for the policies, in light of those realities, that maximise human thriving.  People outside the discipline of economics often think that because economists don’t moralise – e.g., we don’t tell companies or people what to do or how to act, as other social sciences do (e.g., via the teaching of “corporate responsibility” and “ethical standards in business”) – that we aren’t moral.  Nothing could be further from the truth.  Indeed I would argue it is less moral to pretend that people are not as they truly are – e.g., that they are not innately greedy, or that they will respond just as powerfully to moral suasion as to material incentives when they are not being monitored – than to do as economics does and accept the realities of who we are, and then proceed to design our institutions as well as we can, to get the most out of our scarce resources.

I also think that during the Covid period people were just possessed by their fear, and couldn’t see beyond the immediate costs of the threat they perceived (bodies on the streets of Italy, overflowing hospitals, etc.).  They literally could not imagine the invisible costs that they were paying, and were signing up to pay in the future, from the policies inflicted on our societies during this period.  Maybe this inability to imagine the unseen costs is partly a function of a lack of understanding of how modern economies function (e.g., the interdependence of different economic actors) and how crucial healthy economies are for supporting human thriving.  Many people accepted without question, for example, the false “lives versus the economy” trade-off, when really it is always about “lives versus lives”, since the economy supports lives and livelihoods.  I expect that what has been implemented during the Covid period will go down in history as many countries’ greatest peacetime policy blunder.

I have also seen some comments stating that you would not have faced the same backlash if you were male. Do you think that’s accurate, especially in the context of sexism allegations in the field by Claudia Sahm and others?

Oh, who knows.  Maybe.  I’m also American (with the accent) and speak and think in what many might call a “male” sort of way, so I probably come across as more direct than the average Australian woman anyway.  It probably doesn’t help that I look a bit like a cross between a witch and the Borg queen from Star Trek.

I try not to interpret people’s reactions to me as being about any particular group membership that they perceive me to have (e.g., women, professors, economists, Americans, mothers) but rather to respond to criticisms on their own at face value, giving the audience the benefit of the doubt.  It’s a way of trying to behave my way into a world without prejudice against individuals based on their group membership.  I want to live in such a world, so if I can’t speak it into existence, at least I can behave whenever possible as though we’re already there. 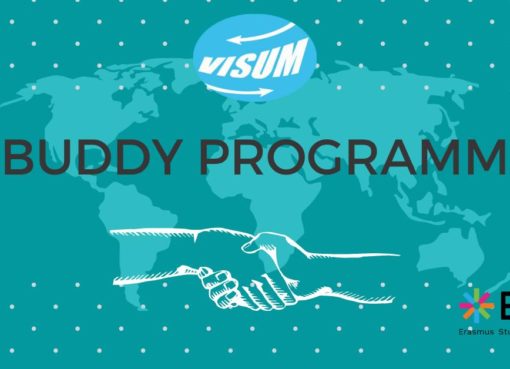 I Need You: VISUM’s Buddy Program

by Maya Moritz At Universität Mannheim, one in five students hail from outside Germany, drawn to the availability of English classes and admirable rankings. Whether here for an exchange or an enti
Read More 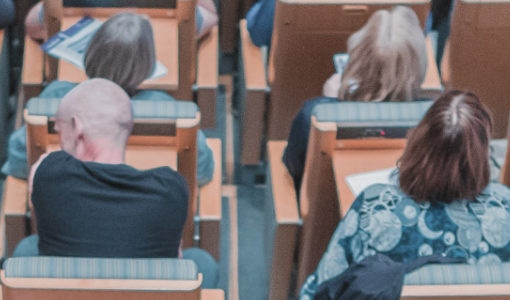 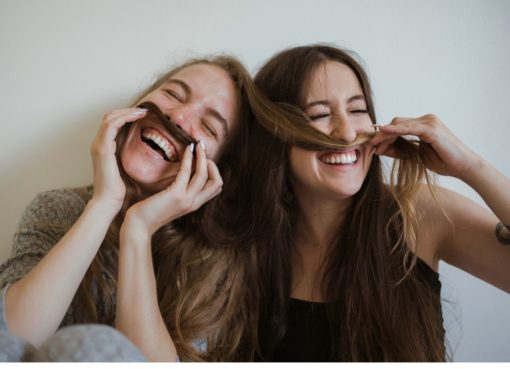