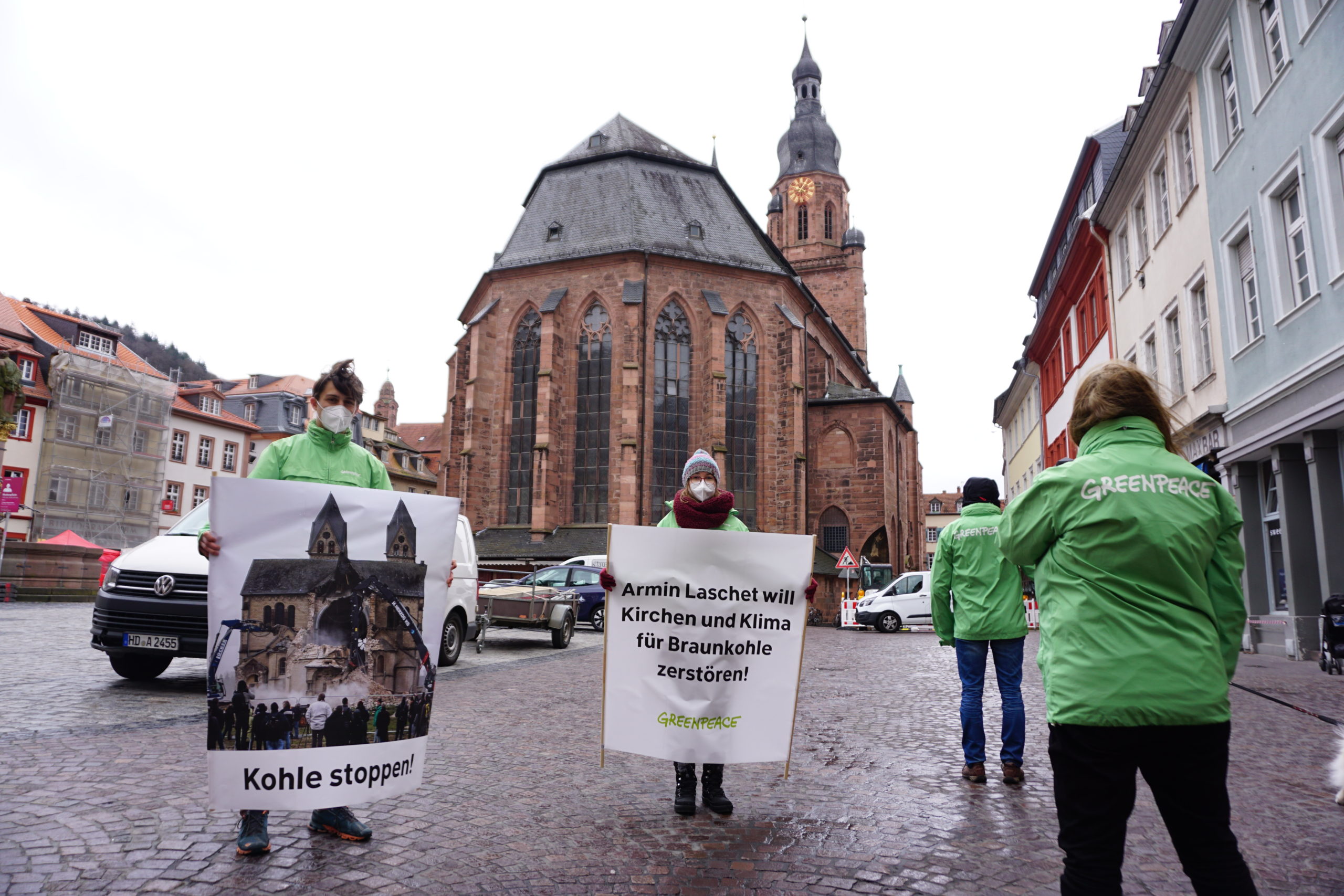 As part of bAStA’s Green Series we have got in touch with various initiatives in Mannheim in order to paint the picture of green activism and to provide a pluralistic perspective on the challenge of tackling the climate crisis. We have previously talked to Anonymous for the Voiceless, Extinction Rebellion Mannheim and student led initiatives from the University of Mannheim.

Yet, when we think of environmental activism, there is one organization that often comes to mind namely Greenpeace. Its daring and rebellious tactics have for example blocked ocean-going barges from dumping radioactive waste, changed the fishing industry and most importantly, have tried to introduce the fight against climate change into the public discourse ever since 1971.

So we have reached out to the regional group Greenpeace Mannheim & Heidelberg, who has kindly answered our questions. The following interview provides some interesting insights into the organizational structure of Greenpeace, their take on sustainability in Mannheim and Heidelberg and on the broader challenges Germany is now facing.

What is Greenpeace and what is its mission?
Greenpeace is one of the largest global NGO’s focusing on environmental protection. Its mission is to preserve a healthy planet that future generations can live on, at peace with one another. We expose environmental crime and run campaigns focusing on issues of global impact in order to increase awareness. We also point out solutions, and encourage people to pay attention to all the things they can do – big or small – to make a positive impact.

How is Greenpeace financed and how is the money spent?
Greenpeace is completely financed through donations from individuals. Neither Greenpeace International nor the country-based offices accept donations from governments or political parties, in order to remain independent when running campaigns. Donations exceeding a certain amount are always double checked. Greenpeace makes great efforts to guarantee transparency. The latest annual and financial reports can be viewed on greenpeace.org.

How does the internal organizational structure look like? How independent are the local groups?
The national Greenpeace councils elect the International Steering Executive Committee, which nominates the International Executive Board. The national offices are structured differently and individually, and work their own campaigns, following our international values and standards.
Local volunteer groups also operate individually and can use their own ideas for campaigns, as long as they follow the Greenpeace values.
Funds are distributed between countries to ensure that offices in countries with a low level of donations can still operate.

Is there a topic on which Greenpeace has (recently) changed its position?
Not that we’re aware of.

What are some major challenges for Germany in tackling the climate crisis?
The major challenges are to set up a Climate Action Plan and milestones to address the Paris Climate Convention. Germany especially needs to focus on far-reaching structural change of mobility concepts: improve public transport; transform urban mobility based on public transport and bike-lanes; car-sharing. Additionally, phase out combustion vehicles as soon as possible. Concerning the energy sector, Germany needs to rapidly expand renewables (solar, wind and green hydrogen) by charging oil and gas companies and setting up fair competition rules that support small companies transforming the energy sector.
Another very important factor in lowering our CO2 footprint is the way we consume, both food and other everyday items. Meat consumption has a massive impact on the climate, and the planet doesn’t provide enough resources for everyone to eat meat every single day. The clothing industry (keyword: fast fashion) has an immense CO2 footprint, which could easily be lowered if we were more thoughtful about what we buy and how/for how long we use it – and what we do with it when we no longer need it.

What are some major challenges especially for Baden-Württemberg?

Changing and improving our transportation system (fewer individually owned cars that are used by just one person and are stationary for up to 22 hours per day, plus a reliable and efficient rail system). Also, increasing the capacity of wind and solar power. The sun shines a lot in our part of the country 😊

How has the pandemic affected the activism potential of Greenpeace, particularly in Mannheim & Heidelberg?
Campaigning was difficult. In order not to put anyone at risk (volunteers as well as the public), we had to adapt our activities according to local restrictions. The focus was on online campaigns. Our internal meetings switched to online platforms, which actually worked really well!

What are some major projects Greenpeace Mannheim-Heidelberg is working on right now?
We are mainly working on campaigns coordinated by the national office in Hamburg. At the same time, we are working on pushing local authorities towards more sustainability. Some major issues are traffic/public transport in the Rhein/Neckar area, renewable energy and heating, and protection of our local forests. Factory farming and meat production is always a hot topic too.

On a scale of 1 to 10, how “green” is Mannheim? And why?
We’re struggling to put a number on it. Obviously, decisions and activities such as the involvement of the city administration in the building of GKM’s block 9 make Mannheim look bad. It can also be claimed that public transport within the city is too expensive and could have much greater potential. On the other hand, we’ve had some constructive discussions with council members regarding municipal forests and how they could be turned into valuable habitats by sticking to local tree and plant species (European beech or oak) over foreign ones (e.g. Douglas fir) that are often used commercially.

What about Heidelberg?
Heidelberg presents itself as very green and progressive. But a critical examination exposes that a wide majority of sustainable plans are not implemented because many aspects were not considered in advance. It takes up to 25 years getting plans implemented. Heidelberg’s public transport system isn’t in great condition. Heidelberg obtains a large extent of its energy and heat supply from Mannheim’s coal plant. Heidelberg runs a destructive policy considering land-use and fails to protect local forests enough. The ‘Bahnstadt’ quarter is advertised as sustainable, but has more cars per capita than most other parts of the city (despite being located next to the central station!), so can it be called a success?

What is a recent success of Greenpeace Mannheim-Heidelberg?
Along with many other local volunteer groups, we have been putting pressure on supermarket chains to stop selling meat produced with the lowest level of rearing standards. Most of the large chains have now announced that they will do so within the next years. This wouldn’t have happened without organizations like Greenpeace making as much noise as possible about it.

Lastly, how can one become a member of Greenpeace Mannheim-Heidelberg?
Anyone is welcome to join 😊 Please e-mail us at neuentreff@mannheim-heidelberg.greenpeace.de and we will invite you to an introduction session for newbies, after which you can decide whether you want to get involved or not. You can also find us on Facebook, Twitter, or Instagram where we will happily answer any questions you may have! 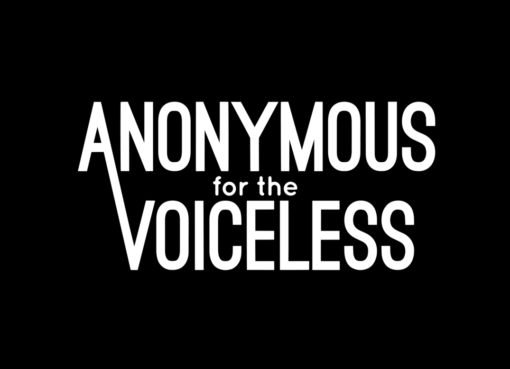 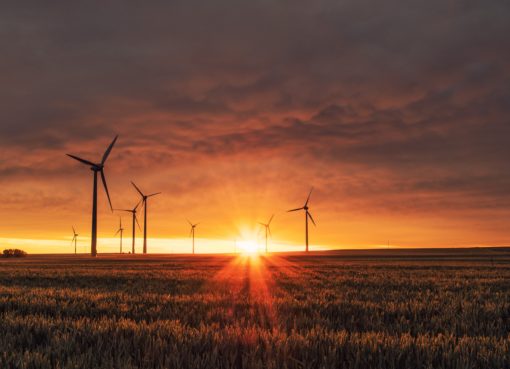 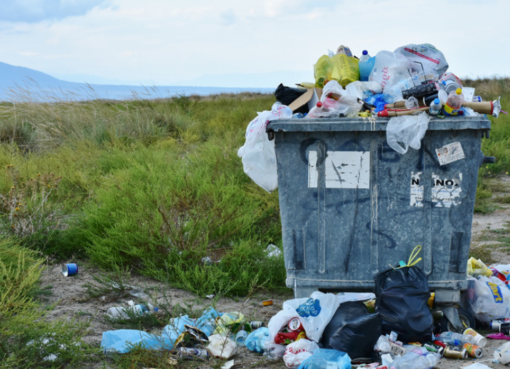