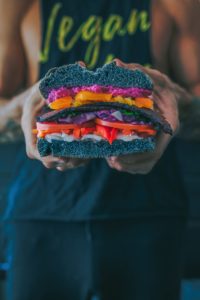 Photo by @roamincolor from Unsplash.

In a recent article for bAStA’s Green Series on the eco-positive groups and initiatives in Mannheim, Sophie from Extinction Rebellion bemoaned the lack of vegan options in the University’s Mensa.

However, Sophie and the Mannheim community can look forward to a likely permanent vegan menu option.

While students have grown accustomed to a reliable vegetarian option, Ira Herwig of the AstA spoke with me about the ongoing initiative for a daily fully vegan choice and the results of her thorough survey on student responses to that idea.

The Green Series has previously covered Anonymous for the Voiceless, student activism, the Studierendenwerk, and second-hand shopping in Mannheim.

Ira Herwig is the AStA representative for the canteen-menu and a student in the M.Sc. in Psychology program at Universität Mannheim.

She accepted the role for this project specifically: “I never really had the thought ‘I want to become an Asta-representative.’ Rather, I worked on this project of trying to increase and improve the plant-based options in our canteen and took on the responsibility for this topic within the ‘grün-alternative-hochschulgruppe.’”

The project was a significant group effort, according to Ms. Herwig. “It entailed inter alia organizing and attending meetings with the canteen management and the AStA sustainability-representatives, collaborating with the Scientists for Future Mannheim, designing and conducting a university-wide survey and analyzing its results.”

Ms. Herwig pointed to several benefits of a plant-based diet. “Eating more plants and less animals can benefit personal health and greatly reduces animal suffering. Furthermore, our high consumption of animal products, especially of meat, is one of the major drivers for the multiple interconnected crises we currently face: climate change, biodiversity loss and the growing risks of zoonotic viruses and antibiotic resistant bacteria.”

“The science is pretty clear that we need to considerably reduce our consumption of meat (and other animal products),” she continued. “If now not even universities themselves act according to the warnings of their scientists, then who else will?”

For Ms. Herwig, the implications for the canteen are clear. “I think it could be beneficial if universities become pioneers in providing sustainable menus in their canteens. Such structural changes, which enable and support sustainable food choices, are needed to make shifting towards more plant-based diets easier.”

“By providing more (affordable and tasty) plant-based options, canteens can give their guests the opportunity to choose a sustainable dish according to their preferences and might also inspire some people to try out new, plant-based dishes,” she explained.

Student feedback also played an important role in the decision to add plant-based options. “I heard from multiple friends that they would like to have more vegetarian/vegan options in our canteen. Some even said that the lack of such options was a major reason for them why they do not go to the canteen more often.”

The response was not restricted to vegan acquaintances. “Interestingly, I also heard this from friends who do eat meat, but just do not want to do so every single day. However, I was unsure if this was only the dominant opinion in the little bubble of my friends, or if that opinion was shared by many other students.”

With the notion of a potential problem in the community, Herwig knew that a more scientific approach to the problem was needed. “I collaborated with the Scientists for Future Mannheim to conduct a university-wide survey to assess the demand for more plant-based options of students and staff.”

In a presentation of her survey results titled “Falafel for Future?” Ms. Herwig meticulously covered the student response to the Mensa and its possible vegan addition.

From December 2, 2020 through February 23, 20201, university employees and students were encouraged to participate in the survey through Portal2 News, social media, and a staff newsletter. 1,165 people took part, the majority of which were students aged 21 through 25.

Given the length of the Covid-19 pandemic, nearly 14% of respondents had yet to visit the cafeteria under normal operations.

An astounding 9.2% of survey-takers reported forgoing meat and dairy on a weekly basis, compared to 3.2% of Germans following a vegan diet (the highest in Europe) in a study by the food producer Veganz. A further 34% of Herwig’s study avoided meat weekly vs. a meager 4.4% of German vegetarians in the Veganz report. The numbers were more hopeful for a survey of 14,000 students in Berlin- 13.5% identified as vegan.

When asked what held respondents back from eating at the Mensa more often, the most popular responses were the dearth of vegetarian and plant-based options followed closely by a desire for healthier food. It’s unsurprising then that over 90% of participants indicated that they would prefer more plant-based and less animal products to be sold in the Mensa.

In individual comments, respondents praised the Mensa’s opening and quality during the pandemic, especially their vegan offerings when available.

Ms. Herwig has recommendations outside the Mensa as well. “Some of my favorite options in the city are Nabati, Bodhi, Kombüse, Roman’s, and Glücksstein (their lasagna is incredible!). And for everyone who likes sweets, I highly recommend the vegan cakes at the cafes Klokke or Patina or the vegan waffles at the Double Double Cafe!”

To throw in some personal recommendations, I suggest Com Chay for adventurous vegan food like tofu-based larb. Heller’s Vegetarisches Restaurant, though temporarily closed, is the ideal buffet spot for the indecisive customer who wants one of everything.

Sate your craving for döner at Komagene Çiğköfte or opt for the sesame noodles or veggie soup at Yi Xiang Yuan Nudelbar mere blocks from campus. I also agree with Ms. Herwig’s advice to stop by Glücksstein, but for the maultaschen- a rare vegan find.

Fast food fiends will also find plenty of options at Die Kuh die lacht, which offers several vegan patty options as well as a lettuce bun for health-conscious eaters. Head to Heidelberg for a vegan feast for the whole table at Kilimanjaro or a bowl of Middle Eastern comfort food at La Couscousserie.

Still, Herwig says the city can improve. “I think the city of Mannheim is already pretty good when it comes to plant-based food. However, I would of course be happy about additional plant-based restaurants and cafes in the future (especially more distributed around the city, as many of the current options are concentrated around the Jungbusch area).”

Her hopes are not just pinned on vegan and vegetarian restaurants. “I would appreciate more plant-based options in other restaurants, such that the option to eat a sustainable, plant-based meal becomes more accessible and salient for everyone. As of the university, I think important steps have already been taken by the new canteen management, but further steps in this direction are needed to match the high demand for plant-based options.”

“I also hope that the university related cafes (L3, Soleil) will increase their options of purely plant-based snacks (e.g., grilled-vegetable–sandwiches).” These student hubs may benefit from more substantial offerings to draw in eco-friendly diners, especially once in-person classes return sometime in the future.

Indeed, Ms. Herwig’s interest in the topic has even culminated in changes in her own diet. “I gradually reduced my consumption of animal products over the last few years and now eat a vegan diet. Generally, I think it is much more useful to think of diets as a continuum (eating more or less animal products) rather than as fixed categories (being an omnivore, vegetarian, or vegan).”

“Categories can often be perceived as exclusive or threatening and can be associated with stereotypes and identities,” Ms. Herwig clarified. “On a continuum, on the other hand, one can move more freely without such perceived ‘category-barriers’. I think this could make it easier to try out new dishes and to find out how much plant-based food one wants to incorporate into one’s diet.”

Now, as a vegan herself, she has found favorites in the Mensa. “My favorite dish in the canteen so far was the vegan burger with sweet potato fries at the Mensa-Waggon – really tasty!” 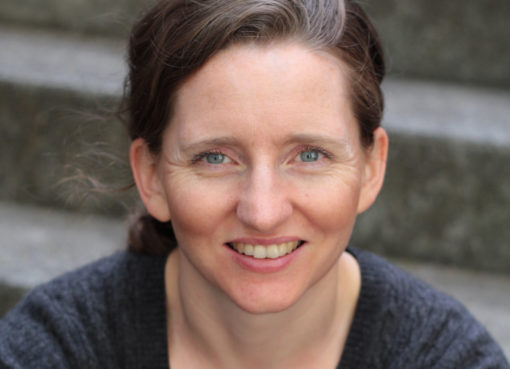