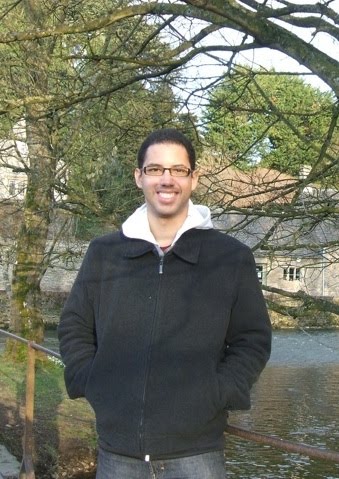 In part 1 of our interview with Dr. Cezar Santos, the venerated Bank of Portugal Research Economist and Associate Professor of Economics at the Brazilian School of Economics and Finance (FGV EPGE), we learned about the awesomeness of economics and the difficulty of endorsing policy.

Today, we focus on Dr. Santos’s talk for the Ringvorlesung series held by Mannheim’s Fachschaft VWL. His 2016 paper, “Technology and the Changing Family: A Unified Model of Marriage, Divorce, Educational Attainment and Married Female Labor-Force Participation,” was published in the American Economic Journal: Macroeconomics.

Think of every piece of technology in your home. Imagine a life where you must hand wash your clothes or cook each food item over a fire. As generations reared in homes with microwaves and dryers, we overlook the life-changing magic of technology.

Frozen meals, for example, freed up time previously spent roasting dinner. Clothes and dishwashers saved hours of toil, while baby formula allowed mothers to leave their homes and work while ensuring their children are fed. Dr. Santos was most surprised by this result, inspired by the work of his advisor Jeremy Greenwood.

“As baby formula came about, women that had spent time breastfeeding kids could replace that time spent breastfeeding with labor. Breastfeeding got in the way of labor supply, and researchers showed that this invention could help increase female labor supply over time.”

Furthermore, this research ties into the medical literature on breastfeeding. “Medical advances can help women recover [from birth] faster, which also allows them to use their labor supply. More recently, we know breastfeeding in and of itself is good for the baby, so medical advances help women work and have careers.”

“The title was a joke because there’s an old 1955 book called Technology and the Changing Family by Ogburn and Nimkoff,’” Dr. Santos says of his 2016 paper.

The work of Dr. Santos and co-authors builds a model to explain the marriage decline and divorce uptick since 1960, especially considering the trend differences between college-educated and non-college-educated individuals. The framework ties in the rise in female labor force participation and finds two main explanations: technological progress in household goods and wage rate changes. Altogether, education, female labor, and trends in marriage influence income inequality in measurable ways.

One of the paper’s co-authors, Professor Jeremy Greenwood from the University of Pennsylvania, has “made his career applying technology changes to business cycles, economic growth, and family.”

The 2016 paper offers a “somewhat parsimonious, easy framework to work with” that draws together the various factors that form and result from family decisions. “When you think of family, is it technology, labor market, education? Lots of these things go on at the same time. The contribution of this paper is to provide an encompassing framework to think about this.”

An important innovation of the model is to focus on sorting, or “who marries whom,” specifically for education in this model. For example, the research posits that women may have attended college partially to find a more educated mate who can better provide. This effect worked simultaneously in the opposite direction, with the increase in college-educated women leading men to choose more educated spouses.

However, the authors find that couples are less class-conscious in 2005 than 1960, leading the model to overestimate this trend and insufficiently account for households with skilled wives and unskilled (non-college-educated) husbands. The authors consider cultural and social changes to be the cause for this misalignment between model predictions and data.

The model has also found diverse uses. “A few years ago, Michèle [Tertilt] and I co-advised a student who used this framework of education and marriage for men and women and applied it to the incredibly terrible issue of female circumcision in Sub-Saharan Africa.”

The questions asked by that author mirrored those of Dr. Santos: “Who marries whom? Is this related to education? Do highly-educated women go through female circumcision as much as low-educated women?”

“It’s totally different. I never would have dreamed of that when writing this paper.”

The World At Large

Similar to his views on prescribing policy, Dr. Santos is loath to speculate beyond his own findings. His 2016 paper concludes that changing home technology and to a lesser degree US wage structures have led to a rise in income inequality and female employment.

“There is some work looking at different regions of the same country to see the impact of these things. Different papers have looked at the impact across space and time, which always seems to matter, so it’s a pretty widespread thing.”

These publications have included criticism of his co-author Jeremy Greenwood’s work on the role of technology in the baby boom. “There was a paper a few years ago that criticized this hypothesis by using US data, including data on Amish society because it’s a common way of thinking that the Amish are very averse to tech. They went through the baby boom just the same [as the rest of America], so how can it be that?”

In response, the original authors delved into the Amish world, a set of small and intensely religious Christian communities located across the US, most famously in Lancaster, Pennsylvania. The Amish are known for their woodworking, farming, and for eschewing modern technology. “Jeremy and co-authors show very different types of Amish sub-societies, some more tech-averse than others. They even have a little table where this society uses a fridge, microwave, washing machines, etc., these don’t use as much [technology].”

This seems logical to Dr. Santos. “If one didn’t use virtually any household appliances but a washing machine, it makes sense to have a whole bunch of technology that can basically run itself. The one thing that’s painful to do without technology is washing clothes, so even the most tech-averse Amish societies use washing machines. Think about the different ways society gets together in Amish societies. Tech matters.”

Again, Dr. Santos emphasizes the importance of theory ahead of measurement. “It’s not the one paper, but a body of evidence that we’re building.”

So, what’s to be taken from Dr. Santos’s work? “In not all countries, but a lot of especially developed and developing [countries], inequality has gone up a lot over time and what we show in that paper is that some usual, common way that people just choose who to marry can have an impact on the inequality that we observe in our societies.”

As agents, we carry weight in the inequality creation process. “A lot of decisions we make together as a household or in the household matter, but households are not one entity. They are made up of different people: husbands and wives, husbands and husbands, wives and wives, children.”

Of course, building models means selecting which factors to include and which to exclude. While Dr. Santos’s paper covers assortative mating, technological progress, education, and ability, he was advised on one more factor from an illuminating source.

“Something that I love happened in my career the first or second time I presented in a conference,” he said. “Gary Becker was assigned as a discussant for my paper. I had just started my career and then had Becker discussing my macro paper.”

Gary Becker is a famed University of Chicago economist who was awarded the Nobel Prize in 1992. His work helped introduce crime, discrimination, and addiction to economics research and he is regarded by many as one of the most important modern social scientists.

“Gary Becker wanted to add fertility [to the model]. People are getting educated, married, divorced. They choose who to marry, their labor supply, their careers. One thing missing is one of main thing that happens in the family: having kids. But it’s complicated, so that’s why we didn’t do it.”

Dr. Santos’s work can also be expanded into the tax arena. “There has been some work on tax policy, which we didn’t take into account. [Think of] how to design a tax system that has one of these goals to provide some insurance to members of our society. Families are complicated things, so bringing that in to inform families and households carefully may affect these types of policy design.”

“The last year and a half was also an incredible economic shock. Things might change a little bit but the framework remains.”

The field is charting the demographic and marriage trends we’re seeing, although with a lag. “I can tell you where the research frontier was ten years ago,” Dr. Santos said. “We’re all trying to touch the frontier.”

He points to recent work focusing on people settling down less as the labor market appears more volatile to them. A 2015 paper by Alessandra Voena examined divorce laws, which affected asset accumulation and female employment probability. “The capital that society uses is accumulated by you and I and impacts the macro economy,” Dr. Santos says. A 2016 contribution by Doepke and Tertilt to the Handbook of Macroeconomics also sets out the ways that family decisions affects macroeconomics.

In developing nations, work in Kenya has shown that access to contraception allows families to have fewer kids and educate them more. “When educational attainment is up, the Kenyan GDP per capita is also up.”

In his own life, Dr. Santos stated that he sees a photograph, not a movie, and therefore struggles to see the full scope of his work in day-to-day living. “It’s hard to say. Maybe in the 1960s a university professor saw people with PhD’s marrying each other, but the data says that he didn’t see as many as I do now.”

“Taking the results completely literally, there’s a lot more sorting today than in the past. We’re talking about education and I am a very highly educated person, my colleagues are highly educated as are my co-authors. Virtually all have PhD’s and I do see most of them marry within educational groups. This is unlike the paper, which sees what happens from the 1960s until now, like seeing a movie for society in the last half century.” 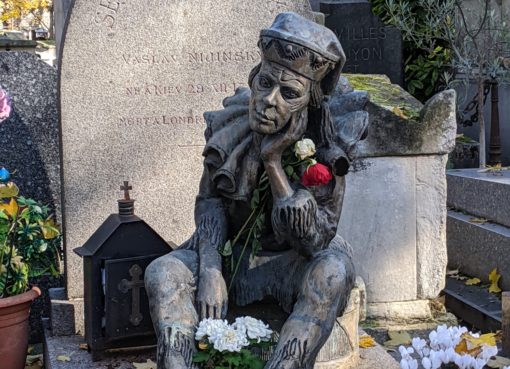